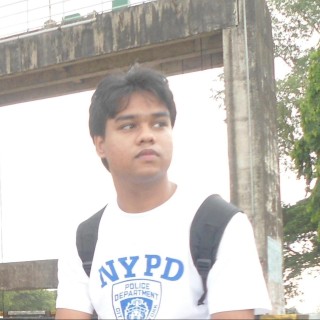 The Ubuntu team is very pleased to announce the release of Ubuntu 12.04 LTS (Long-Term Support) for Desktop, Server, Cloud, and Core products.Codenamed “Precise Pangolin”, 12.04 continues Ubuntu’s proud tradition of integrating the latest and greatest open source technologies into a high-quality, easy-to-use Linux distribution. The team has been hard at work through this cycle, introducing a few new features and improving quality control.To be a bit more precise about what we’re releasing today…

There are 54 product images and 2 cloud images being shipped with this 12.04 LTS release, with translations available in 41 languages.The Ubuntu project’s 12.04 archive currently has 39,226 binary packages in it, built from 19,179 source packages, so lots of good starting points for your imagination!

For PC users, Ubuntu 12.04 supports laptops, desktops, and netbooks with a unified look and feel based on an updated version of the desktop shell called “Unity”, which introduces “Head-Up Display” search capabilities. Finding and installing software using the Ubuntu Software Centre is now easier thanks to improvements in speed, search and usability.

Ubuntu Server 12.04 has made it much easier to provision, deploy, host, manage, and orchestrate enterprise data centre infrastructure services with the introduction of new technologies such as “Metal asa Service” (MAAS), the Juju Charm Store, and the latest OpenStack version, codenamed Essex. These technologies further position Ubuntu Serveras the best OS for scale-out computing.

Read more about the new features of Ubuntu 12.04 in the following press releases:

Long term support maintenance updates will be provided for Ubuntu 12.04 for five years, through April 2017. For those working on the ARM architecture, an 18 month supported release is also provided for the ARM server using the ARM Hard Float (HF) architecture.

Thanks to the efforts of the global translation community, Ubuntu is now available in 41 languages. For a list of available languages and detailed translation statistics for these and other languages, see:

Users of Ubuntu 11.10 will be offered an automatic upgrade to 12.04 via Update Manager. For further information about upgrading, see:

As always, upgrades to the latest version of Ubuntu are entirely free of charge.

We recommend that all users read the release notes, which document caveats, workarounds for known issues, as well as more in-depth notes on the release itself. They are available at:

Find out what’s new in this release with a graphical overview:

If you have a question, or if you think you may have found a bug but aren’t sure, you can try asking in any of the following places:

If you would like to help shape Ubuntu, take a look at the list of ways you can participate at:

Ubuntu is a full-featured Linux distribution for desktops, laptops, netbooks and servers, with a fast and easy installation and regular releases. A tightly-integrated selection of excellent applications is included, and an incredible variety of add-on software is just a few clicks away.

Professional services including support are available from Canonical and hundreds of other companies around the world. For more information about support, visit:

You can learn more about Ubuntu and about this release on our website listed below: